NOVEMBER 4, 2021 – OPERA THEATER OREGON is excited to announce a new intercultural collaboration with Aqai-Dika/Lemhi-Shoshone culture bearer and descendant of Sacajawea, Rose Ann Abrahamson.  Nu Nah-Hup: Sacajawea’s Story will reimagine the extraordinary Shoshone woman who was a crucial member of the historic 1804-1806 Lewis and Clark Expedition, from her Aqai-Dika Indigenous perspective in a new opera-theater work.

“Given this name as a child, according to Aqai Dika naming traditions, ‘Sacatzaweya’ (pronounced Saca-ja-we-ya) means ‘That is her burden’…We are telling Sacajawea’s story, her story, from an Aqai Dika perspective from her female familial descendants and people, a woman’s story from women.  This story will share tradition, history and culture of Sacajawea from the viewpoint and oral history of the women of her people.  The songs will express these aspects, and most importantly her language will be preserved through operatic songs.” 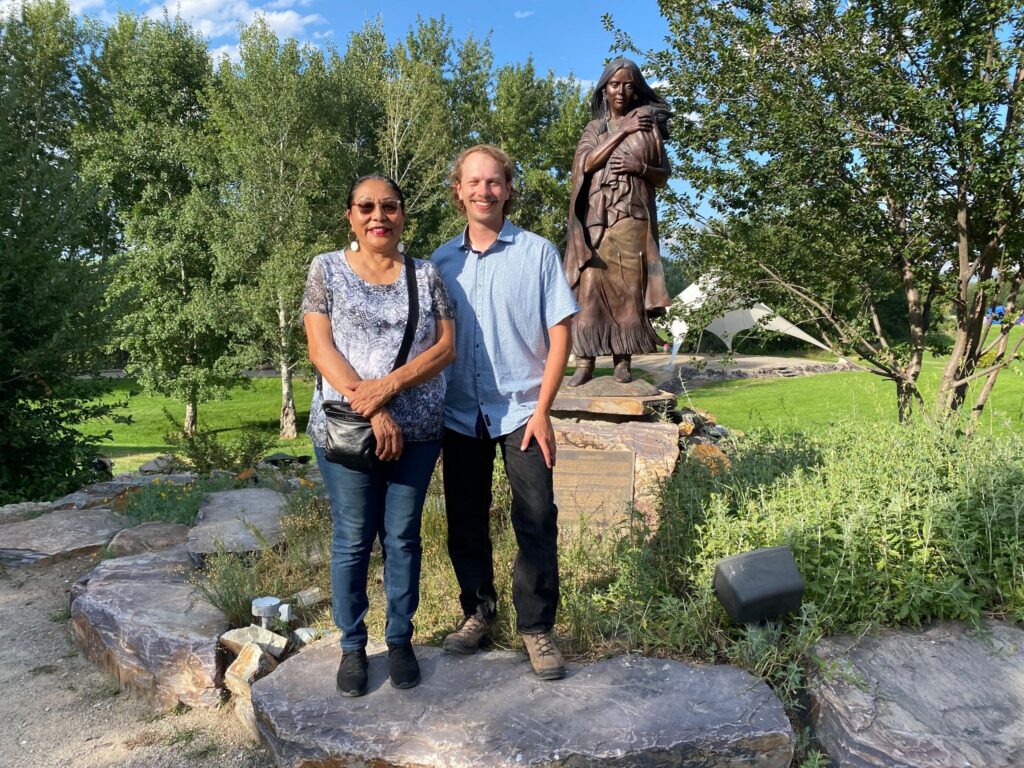 Rose Ann Abrahamson and Justin Ralls at the Sacajawea Education, Interpretive and Cultural Center in Salmon, Idaho – the ancestral homeland of the Aqai-Dika people.

On November 4, 1804 Sacajawea is first mentioned by William Clark as one of “wives” of Toussaint Charbonneau, stating “we engau him to go on with us and take one of his wives to interpet the Snake language.” (‘Snake’ being another name for the Shoshone). Little did Lewis and Clark know just how crucial Sacajawea and her people would be to the expedition’s success or that she would endure as one the most famous members of the expedition. She remains one of the most famous women in American history, yet few have told her story from her Aqai-Dika perspective. Last month our nation celebrated our first official Indigenous People’s Day and this month we honor November as Native American Heritage Month. This project aims to honor, through opera, the remarkable contributions and unique experience of Indigenous peoples, past, present, and future.

We are incredibly fortunate to be collaborating and guided by Rose Ann Abrahamson, great-great-grandniece of Sacajawea, through Chief Cameahwait (brother of Sacajawea), and great-great granddaughter of Chief Tendoy (son of Chief Cameahwait). Rose Ann is an educator, storyteller, culture bearer, historian, and respected tribal stateswoman of the Aqai-Dika (“Salmon Eaters”) Lemhi-Shoshone Nation and an enrolled member of the Shoshone-Bannock Tribe, located in Fort Hall, Idaho. We are also thrilled to collaborate with Shoshone composer, singer, and flutist Hovia Edwards. Key collaborators also include tenor and dramaturg, Katherine Goforth. 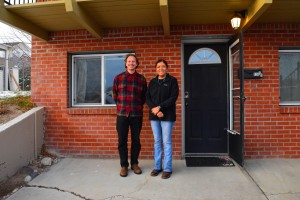 The first stage in the development of this new work will culminate with a workshop and public performance of a scene based on an incident of domestic violence recorded in the original expedition journals on August 14, 1805 and will be presented in Portland, Oregon. We are excited that work on this scene has already begun, including the completion of a libretto featuring English, Québécois, Agai-Dika/Shoshone, and Plains Sign Language!

Updates on cast, collaborators, production dates, community partners and more to be announced!

A crucial aspect of this opera project is our efforts to preserve Agai-Dika/Lemhi-Shoshone language and oral histories. This exciting project designed by Rose Ann Abrahamson, linguist Jennifer Mitchell from the The Shoshoni Language Project at the University of Utah, and Artistic Director, Justin Ralls will help document and preserve the endangered Agai-Dika dialect and language. The team is honored to have recently received the 2022 Native Voices Endowment Award from the Endangered Language Fund at Yale University.